Find Your Community
Change Your Radius

Your Town. Your Life. Full Circle.

First Lieutenant Henderson-Huff was a 2000 graduate of Montgomery High School. She was 23 when she was killed in a suicide bomber attack on September 19, 2006 in Mosul, Iraq. She was honored post-mortem by the Military Order of the Purple Heart for her service to the United States, as well as receiving many other honors. 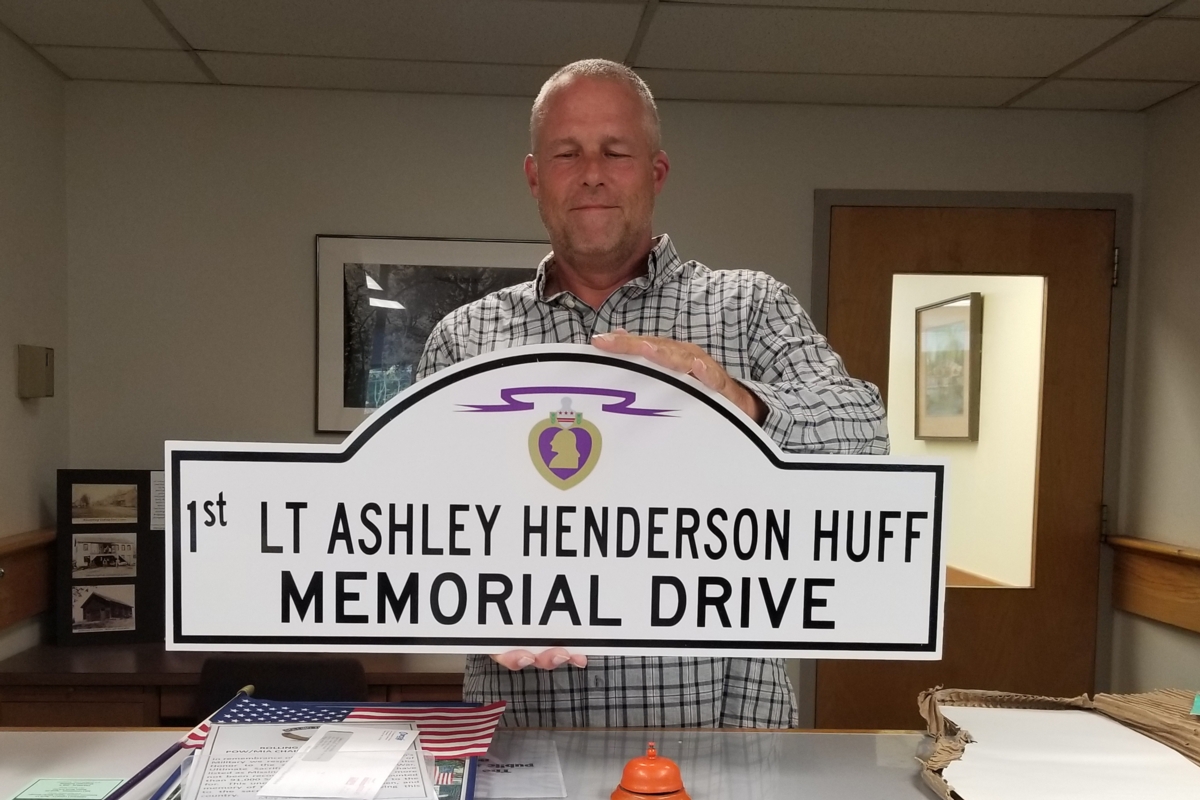 While a student at the University of Georgia, Ashley was inspired by the tragic events of 09-11-01. She enlisted in ROTC, eventually becoming a platoon leader of the 549th Military Police Company in Iraq. She was instrumental in the establishment of a police academy near Baghdad. 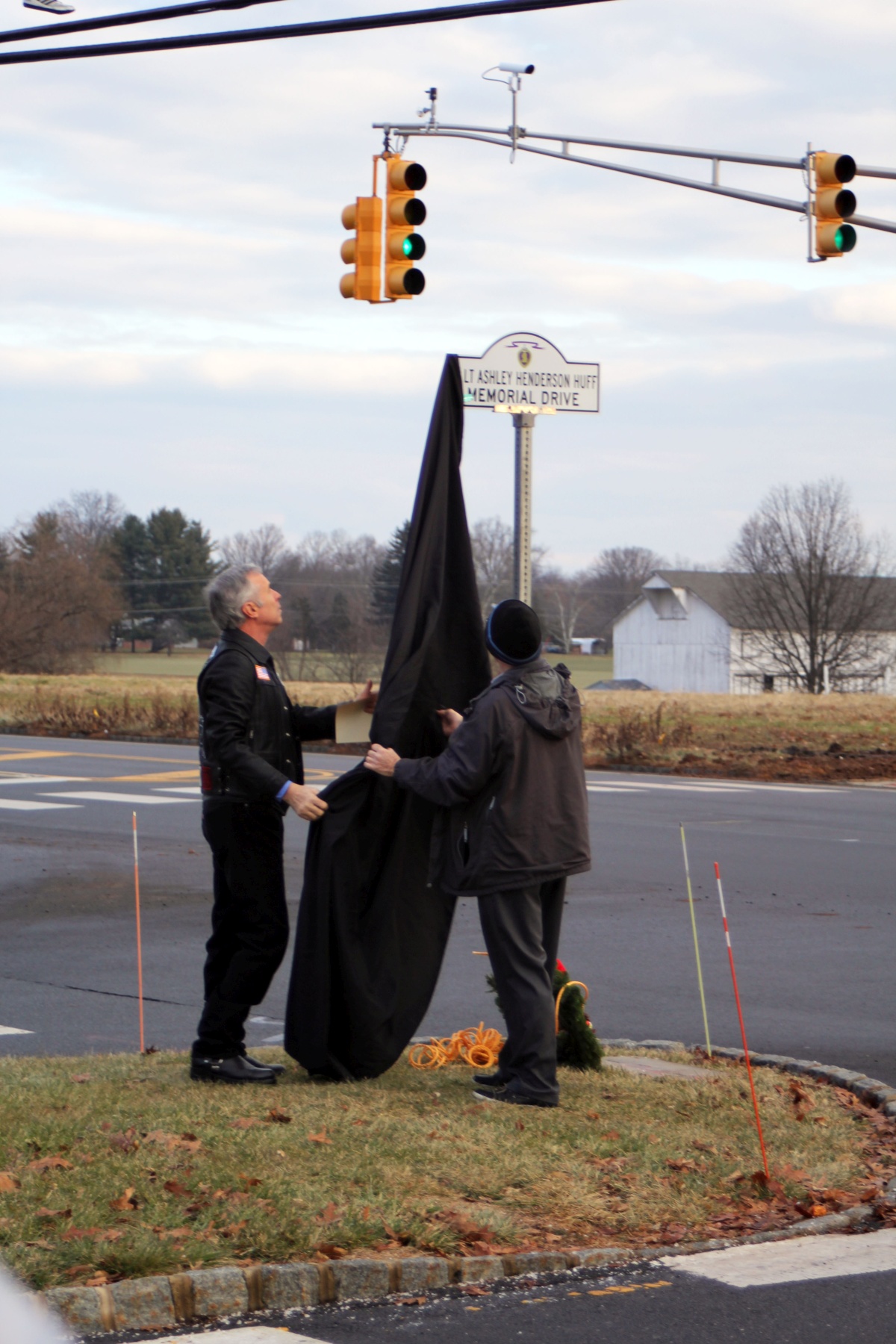 The special street sign was unveiled by Ashley’s father, Mark Henderson, assisted by Tom D’Alessio of Rolling Thunder, a national veterans’ support group which arranged for the memorial sign.  December 19th would have been Ashley’s 35th birthday.

“I was honored to attend the ceremony,” said 2018 Montgomery Mayor Mark Conforti. “It was a beautiful event honoring a young woman who dedicated and indeed gave her life to the service of her country.  MVMC Chairman Mike Maloney and MTSD Superintendent Nancy Gartenberg led the organization of this fitting tribute to her memory.”

Freeholder Mark Caliguire was also an invited speaker. He was very moved by the ceremony and later commented, “Lt. Henderson-Huff represented the best of America. She felt called in the wake of 9/11 to step up and serve our country and in doing so gave her life. She was dedicated and brave and her sacrifice is deserving of recognition and remembrance. I hope everyone who sees that road sign will remember her and also what she represents.” 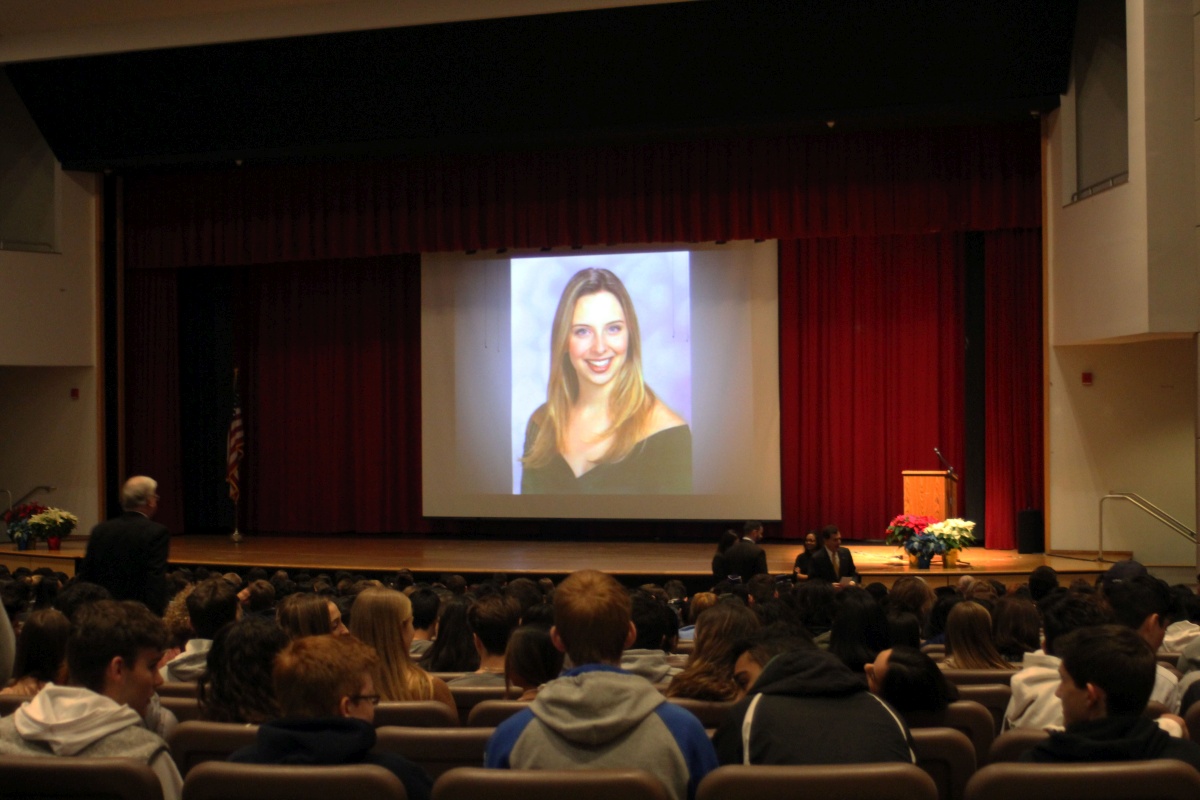 After the street sign unveiling, an assembly honoring 1st Lt. Henderson-Huff was held for all juniors and seniors in the Montgomery High School Performing Arts Center. Photos were shared on a large screen, including memories from Ashley Henderson’s high school days in Montgomery. One photo showed a bronze bust of Ashley which was erected by the Interior Ministry of the Kurdistan Regional Government in 2008 at a ceremony opening the Erbil Police Academy near Baghdad, Iraq. (https://www.mtsd.k12.nj.us/Page/12742) In another touching photo, Ashley, dressed in fatigues, hoists a smiling Iraqi girl onto her shoulder.

School District Superintendent Nancy Gartenberg later discussed the significance of the day, stating, "The two ceremonies held in honor of Lt. Ashley Henderson Huff exceeded my expectations. The dedication of the street sign, meeting Ashley’s father, and the celebration of Ashley’s life left a lasting impact on our entire school community and was emotional and powerful for all in attendance. Our students gained greater insight through the wonderful speakers about the value of service to our county and that one person can truly make a difference. Ashley was not just a fallen soldier. She was a typical MHS student back in 2000 who followed her heart and passion for our county. Her story resonated throughout our entire school community."

The Assembly was moderated by Melissa Hodgson, Supervisor of Social Studies; welcoming remarks were offered by Superintendent Gartenberg; special recollections of Ashley were given by Principal Paul Popadiuk, who was her social studies teacher and softball coach; remarks on public service were presented by Freeholder Mark Caliguire; remarks on military service were made by Brig. General Michael Cunniff, State Adjutant General; remarks on Veterans Affairs were offered by Gus Dante of Rolling Thunder; remarks on the sacrifices of a soldier were made by Gene Porcelli, US Marine and MHS social studies teacher; and the origin and meaning of taps was explained by Kaira Fenix, Student Council President. The assembly was closed with a performance of “Taps” by Mati Ng-Orlow and the Montgomery High School Marching band, led by MHS instructor Michael Brennan.

For the event photo album on Flikr: https://flic.kr/s/aHsm8nYX69

For more information about this extraordinary young soldier: https://www.veteran.express/lt.-ashley-henderson-huff.html

For a PDF of this press release:  Ashley Henderson-Huff Street Sign Unveiling

Comments will appear after they are approved.